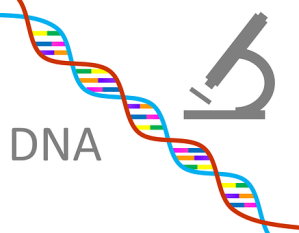 Forget astrological signs. These days people are more apt to ask you what your ancestry is than whether you are a Sagittarius or a Gemini. The focus has shifted from what you are to where you’re from.

Although I am not a trendy person, I confess that I have succumbed to the trend to take a DNA test to learn about my ancestry. While I knew that dear old dad HALE‘d from Georgia and my darling mother was born in the Palmetto State, where did my ancestors from way back live? In particular, where did they call home before they arrived in the border wall-less United States? So, I took a DNA test, and I passed. Yes, DNA tests are the science tests I don’t mind taking because I can’t fail–I mean, OF COURSE, I have DNA.

The long-awaited results arrived via e-mail a few days ago. (Hey, this is a scientific test, so it is more scientific to send results electronically than via snail mail.) The test results confirmed what I already believed, but they did give me a bit more detail and at least one surprise. Yes, this red-headed, freckle-faced, fair-complected gal is of Irish descent–well at least 43% Irish and Scotch. I am also 56% English, Welsh, and NW European. Perhaps this explains my fascination with the British royal family. It also confirms what I have been told by family members, i.e., I am descended from famous British author Sir Arthur Conan Doyle. (Think Sherlock Holmes.)

The Irish and English ancestry was no surprise. What did surprise me was that I have a whopping 1% Native American Indian ancestry. I don’t know the tribe, but no matter what the tribe, this contribution to the family gene pool was entirely unexpected. No one EVER mentioned this heritage to me. But I must have it since a scientific test told me so.

DNA testing is the scientific step up for genealogical research. No longer do folks have to pick the cob-webbed brains of elderly family members or search musty old attics for dust-covered family Bibles and records. No worries about paper trails going cold. DNA evidence is always literally right under your nose.

For non-science folks like me, DNA testing seems magical. I spit (and spit and spit) in a cup, and, VOILA, a few weeks later, confirmation is received that my ancestors were ruled by a monarch and likely ate lots of potatoes. For my sister, who received all the science genes in the family along with a PhD in microbiology, the process is likely less magical. A DNA test simply looks at specific locations of a person’s genome to verify genealogical relationships or estimate a person’s ethnic mixture. Huh? As I said, magic!

One of the coolest parts of my doing the testing was mailing off my sample to be analyzed. Sending spit through the mail–Woo hoo! Sadly, I merely dropped the box containing the securely wrapped sample into the postal box outside the post office. I should’ve gone in to hand it to the postal clerk at the counter just so I could be asked, “Does the package contain anything hazardous, liquid, or perishable?” Um, yes. Spit is liquid. It might be hazardous and perishable. I wonder what the clerk would’ve said.

Maybe the postal clerk would have been unfazed. She’s probably handled  umpteen packages of spit recently. In November 2018, AncestryDNA claimed that it had sold more than 14 million DNA kits. Now that’s a lot of spit kits! And there was certainly lots of spitting going on during the Christmas holidays. Over the Black Friday weekend, AncestryDNA sold almost 1.5 million DNA kits Yes, the spit was flowing as freely as the eggnog during Yuletide.

Now that I have scientific proof of my family heritage, what next? Well, of course, I need to see what my dog’s heritage is. Oh, yes. Dog DNA tests are also available. While these tests cannot connect Spot with his four-legged relatives, they can provide his owner with information as to the breeds found in his pet. Think you purchased a purebred? Might want to run a dog DNA test just to be sure your big bucks were well spent.

Dog DNA tests are slightly different from human DNA tests. Your mutt does not have to spit in a cup; you simply swab his cheek. Seems ironic that spit is not used since dogs are usually drooling all over the place and would have no problem filling a spit cup.  But beware; the FDA does not regulate dog DNA tests like they do human DNA tests. Dog check scrapings might be hazardous to your health.

The cost of dog DNA tests is nothing to spit at. The top-rated one is about $200. But all those dog owners who think nothing of dropping money into doggie clothing, doggie birthday parties, and custom doggie houses, will certainly not blink at that cost. Me? I’m going to go for the el cheapo dog DNA test kit which sells for a mere $34. I think $19.99 has a nicer ring to it though. And while dog check scrapings may not be appealing, at least one of the dog DNA kits has a cute name–Embark. (Get it?)

Why would I spend good money to do a DNA test on my dog? Well, I want to make sure that I am labeling her in a PC manner. She is believed to be a mix of a lab and a dachshund. And, no, I have no clue how THAT happened. I lovingly refer to her as my “dab,” a clever mix of breed names (or at least I thought so). But what if she is another breed as well? Am I insulting her by failing to give proper recognition to her breed makeup? Ordering her dog DNA test kit pronto.

Just WONDER-ing: Is knowing your ancestry important to you? Have you taken a DNA test? If so, were you surprised at the results? Did they make you look at yourself in a new light?

4 thoughts on “Diving In To Explore The Gene Pool”