With several primaries slated for tomorrow, voters will be asked to cast votes to winnow down the field of presidential candidates.  After no less than twelve Republican debates and intense media coverage, one would think that we have heard all that there is to know about the GOP candidates.  Nevertheless, this is just not the case.  Let’s see how much the average voter does NOT know about the frontrunner in the Republican field.

What is The Donald’s favorite food?  Trump is a billionaire business man.  Surely he craves expensive and exotic foods.  Is it caviar? Pate de foie gras?  Nope.  The Donald is a down to earth guy like you and me.  After a long hard day of wheeling and dealing, he’ll want a nice big serving of MEATLOAF on his plate.  And make sure that there is plenty of ketchup available.

What is The Donald’s favorite book?  Does he enjoy reading about economic theory?  Business strategy?  Perhaps How To Win Friends And Influence People?  Maybe so, but he states that THE BIBLE is absolutely his favorite book.  Hopefully the Gideons have placed a copy in the swanky hotel rooms where he stays while on the campaign trail.  Coming in second is his own book, The Art Of The Deal.

Is The Donald A Sports Fan?  Yes, in the sense that he can make money from sports.  The Donald once served as the financial advisor to Mike Tyson and was the owner of the New Jersey Generals of the (now-defunct) USFL. Thus, The Donald has technically had experience as a commander-in-chief as head of the Generals.

What alcoholic beverage would The Donald likely serve at state dinners?  Not sure what he would serve, but he will not be drinking it.  He is a teetotaler.  The Donald’s older brother, Fred, died of alcoholism, so The Donald shuns drinking.  Of course, that did not stop him from marketing a brand of vodka at one point.

What high honor was bestowed upon The Donald in Hollywood?  He holds star #2,327 in Hollywood’s Walk of Fame for his work on The Apprentice.  Of course, being president is a much more exclusive club (he’d be only #45) and he wants in.

Would The Donald take a smoke break with Barack O’Bama?  No.   O’Bama quit smoking while President because he got tired of trying to  sneak past the watchful eye of Michelle who wanted him to quit the nasty habit.  Even if Obama relapsed and took smoking up again,  The Donald won’t be lighting up with him; he’s a non-smoker.  That characterization does not deter his detractors from calling some of his proposals smoke and mirrors. 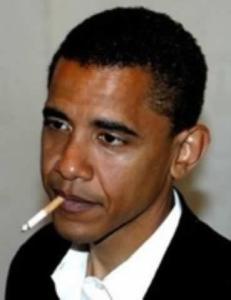 What common political gesture does The Donald avoid?  He is  a germaphobe and avoids shaking hands when possible.  It is hard to be a politician without getting your hands dirty.  What was The Donald thinking by entering the political arena?  Is kissing babies any more sanitary?

What is The Donald’s zodiac sign?  He’s a Gemini (the Twins).  Heavens!  Can you imagine two of him? The sign seems to fit him though as Geminis love to talk.  And he’s been doing lots of that on the campaign trail.

What’s significant about the month and day The Donald was born?  He was born on June 14th, Flag Day.  With such a patriotic beginning, The Donald clearly feels he was destined to hear “Hail To The Chief” for his birthday in 2017.

Has The Donald ever been in the military?  No, but he entered the New York Military Academy at age 13.  So, he has spent some time in uniform and can say that he is a graduate of a military academy.

Is The Donald a grandparent?  Yes, he has seven grandchildren with another on the way.  Hmmm.  No one said anything about him not running because he was a grandpa like they questioned Hillary running since she was a grandma.  Do I detect some sexism here?  Naaahhh.

Why might The Donald be great with Eastern European relations?  His first wife was a Czech model and his current (and third) wife was a Slovenian model.  Thus, he seems to have an affinity for this area of the world.  At least he might be able to charm the female population there.

Where does The Donald call home sweet home?  His little nest is a penthouse condo on Fifth Avenue in Manhattan at the top of Trump Tower.  At least with that type of abode he doesn’t have to worry about mowing his lawn.

Hopefully, these trivia tidbits have given you an even better picture of The Donald, the presidential candidate.  He is not simply a candidate; he is an individual with a life, a family, personal tastes, etc.  Candidates are not one-dimensional political beings.  Let’s consider the whole package and not merely political rhetoric.  We are all products of our experiences and our environment.  Doesn’t it then behoove us to consider those aspects as well as the issues when it comes to electing the next resident of the White House?