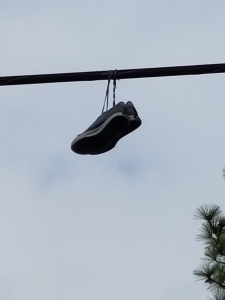 Paul Harvey’s popular radio show was famous for providing the listener with “the rest of the story.”  Instead of being left hanging, the listener would have his burning question of “and then what happened?” answered by the broadcaster. Unfortunately, real life does not always mirror what happens in the media. Frustratingly, one is often left with an incomplete story.

Everyone has been in this position at one time or another.  You are engrossed in a movie and then it ends without all the loose ends having been tied up.  Did the couple get back together?  Was the plan successful? Cue the popularity of the sequel.  The audience is clamoring for more. They don’t want to be left hanging.  Of course, not all sequels are as successful as the original movie.  Sometimes moviegoers wish they had been left hanging instead of wishing to hang themselves having to endure watch the drivel contained in the sequel.

Even fairy tales are structured to meet the reader’s need to know the rest of the story.  Everyone knows that fairy tales end with the words, “And they lived happily ever after.”  Short on details, yes, but at least these well used words let the reader know that post The End events were positive in nature.

If I were an animal, logically I would be a cat based on my deep-seated need to know.  Curiosity about the “rest of the story” just kills me.  But my curiosity extends beyond the post The End events.  Sometimes I am captivated trying to figure out the events leading up to The End.  As my husband can readily attest, I often see something while we are out in the car, and I ask, “I wonder what happened?”  I will then proceed to offer various theories–“I wonder if this or that happened.” He doesn’t care, but I do.

Let me give you a real life example.  Just down the street from our house is a pair of sneakers hanging from some telephone wires.  They have been there for an extended period of time.  The fact that the shoes remain there to this day lets me know that they were not so valuable or meaningful to the owner to spur them to stage a rescue.  But why would you put shoes up on a wire?  And why at that particular spot?  There are telephone wires all over town.  Why choose this location?

The “Once Upon A Time” part of the shoes story is much more interesting to me than The End.  I am not sure exactly what the conclusion is, but I suspect that it will not be nearly as interesting as how the shoes came to be there in the first place.  Either the shoes will remain until they are so battered by the weather that they fall apart and come down or the wire maintenance crew will take them down whenever they happen to be in that location and notice them.  The choices of resolution are pretty ho hum.

Since I must somehow satisfy my curiosity about the shoe situation, I have decided to come up with an explanation as to how we got to The End, i.e., shoes hanging on a telephone wire.  My story goes like this:

It was a dark and stormy night.  Snoopy wanted to get a good look at Bluewater Bay from the air because he heard that it had been developed by Germans.  He needed to assess the possible risk to the forces at nearby Eglin AFB.  Lucy had berated him earlier in the day for wearing his flying gear.  Well, hey, she didn’t look so swift in her new sneakers either.  “I’ll show her,” he thought.  When Lucy took her shoes off to dip her toes in Charlie Brown’s inflatable backyard pool, Snoopy stealthily grabbed Lucy’s sneakers and hid them in his dog house.  He forgot about them until he was flying over Valparaiso.  He was in a hurry to get back to the base and flew fast–a little too fast.  Things were flying out of his doghouse.  Oops! There went his supper bowl.  Uh, oh!  There went Lucy’s sneakers.  Ha! Saved by the wire.  The laces had caught on a telephone wire and left the footwear dangling above the road.  Snoopy had no time to retrieve the sneakers.  He was in a rush to get back prior to curfew so he’d have time to quaff a root beer before turning in.  I’ll just have to be in the doghouse with Lucy, he thought.  He had one too many root beers and totally forgot about Lucy’s sneakers which remain dangling over Valparaiso to this day.

This is my rest of the story.  In actuality it could be, and undoubtedly is, something entirely different.  While I can conjure up my own story to explain how the shoes came to be where they currently are, I’ll never know for sure.  I, like the sneakers, have been left hanging.